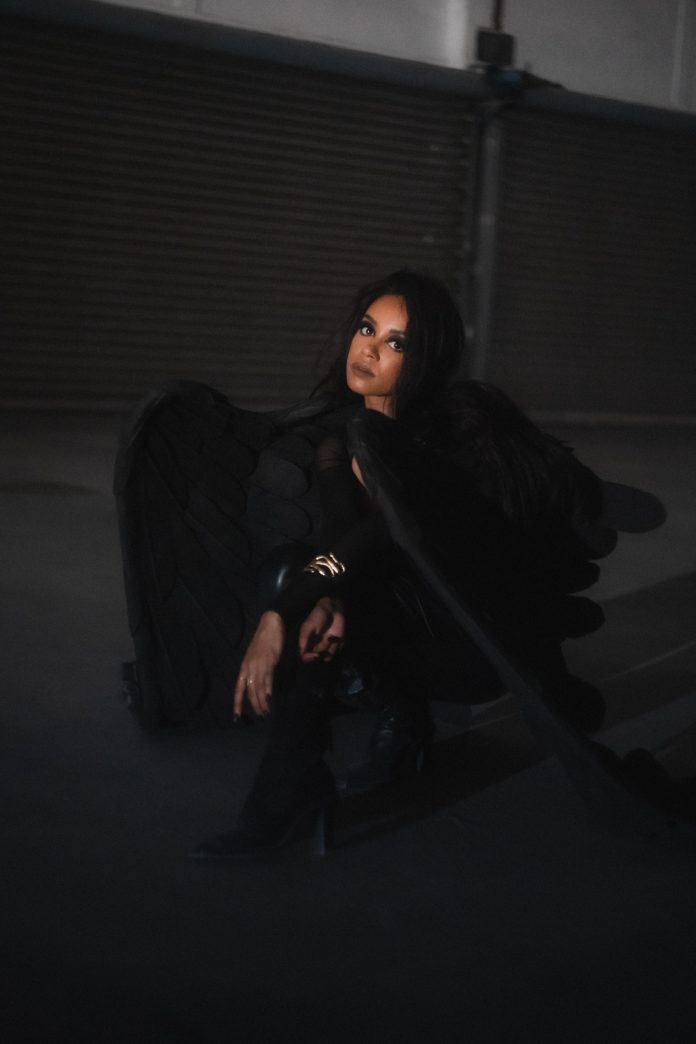 Imelda Gabs is a Belgian singer, pianist, songwriter, and producer based between Switzerland and the UK. With a heavy Jazz background and multiple influences from Classical to Pop, Rock, and Soul music, she likes to mix genres to make her own and bring her audience onto a rich electro-acoustic journey. She started playing the piano at the early age of 3, quickly followed by the violin and singing a few years later at the Conservatory of Lausanne and the HEMU (CH).

In her smash single Fallen Angel, Imelda Gabs tells us in divine short order that she is ready for her music to breakthrough all boundaries. It’s a war cry from a pop star who is on the verge of blasting through a brick wall with all of the immense power she’s wielding with that microphone in her hands, and in Fallen Angel, we’re forced to come along for the ride in what is my personal choice for breakout single of the year.

Imelda Gabs is a name that you should get used to hearing if you’re keen on the Top 40, because not only does her latest song have her riding high and hard against the establish hierarchy of the Billboard Charts, but the potential content that she’s clearly teasing us with in this latest effort is too exciting to look away from.

Imelda Gabs articulately describes the day turning to night and the transformation of personalities that come along with the darkness. We come alive with her, animalistic in our adventurous drive to get out and connect with the night, and the tension is going to keep building until we reach our goal, one way or another.

Her swaggering verse against synthesized beats that tower over us like giants are hard to keep up with if you don’t have the constitution of a hardcore pop fan, but if you’re someone who appreciates the indulgence of super pop, then this is right up your alley. This Belgian born temptress is so adept at distributing her textured vocal magic evenly across the track that one has to wonder if music is the only medium of art that she’s phenomenal at.

Artists like Imelda Gabs are the reason that pop music never gets stale and constantly changes with the times that we live in. She keeps alive the relevancy of thick beats that shake the ground beneath us and invite us to leave our inhibitions where we found them and embrace all of the energy that the night has in store for us.

What inspired you to get into music?
– Both my parents were musicians so I quickly decided that I wanted to pursue the same path!

How would you describe your music?
– My music is Pop but with a mix different genres, which comes from the many influences I grew up with and am still inspired by, such as Soul, Jazz, Hip Hop, and House music.

What would you say is your recording and song writing style?
– It really depends on the song, but for Fallen Angel it came very naturally. Some tracks will take several days/weeks to create and others just come to you at once : this one was exactly like that! I had the melody in my head, wrote the lyrics, and added the different layers of instruments to it all in one night. Once the base of the song was solid, I then took several weeks to detail it out, and a few months later Fallen Angel was born!

Where would you like to see your music career in 5 years time?
– Difficult to say, but as many artists I would love to get the opportunity again to tour once things will be better Covidwise, and hopefully get my music heard on an international level.

Where can music fans listen your music?
– Fallen Angel is on all streaming platforms, including Spotify, Deezer, and more! The official music video directed by talented Dariy Mambetov, @riydas is now on my YouTube channel.