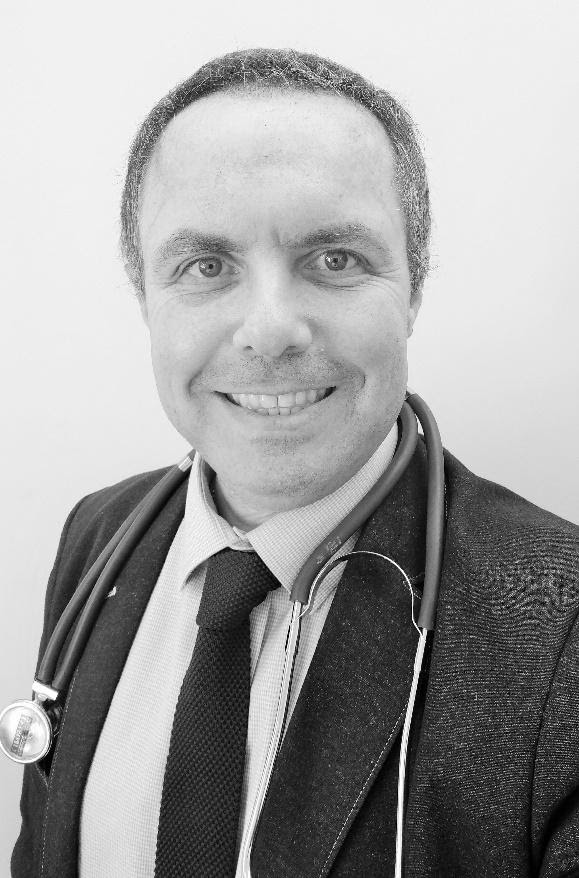 With the reported number of excess deaths in elderly care homes in England and Wales now reaching 20,000 (13 March to 1 May 2020)*, Dr Gero Baiarda, an NHS GP responsible for providing care throughout residential homes in Windsor has highlighted the seven main issues causing excess deaths and has presented a seven-step plan to help homes out of Covid-19, reducing deaths every step of the way. The insightful advice has been written based on his first-hand experience of what is happening today, and also looks at the broader longer-term impact the pandemic will have on elderly care homes.

NHS GP Dr Gero Baiarda is one of the hundreds of GPs currently on-call at GPDQ – the UK’s leading GP-on-demand service – he is also an NHS GP at the Clarence Medical Centre in Windsor.

Since launching his ‘myth-busting’ series during the Covid-19 pandemic, Dr Baiarda has become the media ‘go-to’ for information on what to believe in the interest of our health during the Covid-19 pandemic. This latest opinion piece reveals how a GP’s role in keeping elderly care home residents well has become near-impossible, due to decisions made by national and local government, and what must be changed to reduce the number of elderly residents dying prematurely, or unnecessarily.

At the beginning of this crisis, the UK public was informed that those most at risk were the elderly and anybody with an underlying health condition.

It is likely that this information was intended to reassure the majority of the population who do not land in either of these camps. However, if you were on a mission to identify a sector of our community to which both categories were not only relevant, but were concentrated in one static location like a quarantined cruise liner, you would have to look no further than the UK’s residential or nursing homes.

Unsurprisingly, we learned last month that the number of elderly care home residents who have died from Covid-19 was possibly as much as five times higher than the Government’s official estimate.  When you figure that up until that point, only the first five suspected cases in every care home setting were being formally tested in order to identify an outbreak, it seems likely that even this is an underestimate.[1]

Further compounding this low number of recorded deaths was the fact that official figures excluded long-term care home residents with Covid-19 who were admitted to hospital and subsequently died. New data published in the BMJ on the 29th April now states that there were 4,343 deaths from Covid-19 in care homes in England and Wales in just a fortnight.

However, with the poor access to testing that is still a reality for many elderly care home settings, the numbers could be higher still. In fact, research by London School of Economics academics suggests that if the UK follows international trends, care home deaths from Covid-19 could be closer to 50% of all UK cases. This would be in line with the figures emerging from Ireland, France, Italy, Spain, Portugal, Ireland, Belgium, Norway and Canada, where the national proportion of total Covid-19 deaths is reported at between 33 percent and 64 percent.[2]

Further supporting this hypothesis are figures from the Office for National Statistics which show that deaths from all causes in care homes rose by 48.5% in a week compared to a 10% increase (from 8578 to 9434) in hospital deaths during the same time frame, and an 11% increase (from 4117 to 4570) in deaths in private homes. Today we learn from official statistics that nearly 10,000 care home residents, or 26% of all cases, have died from Covid-19 in the UK since the crisis began, but that the true figure could be as much as 43,000.

As measures are introduced this week by the Prime Minister which will see tens of thousands returning to work, and a pathway to eventual relaxation of lockdown, it appears that deaths in this sector are still largely going overlooked. Below, I seek to provide a clear insight into why this has happened, what the current situation is, and what might be done to address the care home crisis that is continuing largely unchallenged.

Why have the numbers of Covid-19 deaths in care homes been underestimated?

Any bereavement is hard enough, but can be unbearable when we are denied the fundamental right to say goodbye.

What is perpetuating the crisis?

6. Care home staff sick, isolating or too scared to work

What should be done? Here is a 7-step approach to reducing the death toll in the UK’s elderly care homes:

It is often said that the mark of a civilised nation is how we treat our most vulnerable. The UK is failing our elderly and ‘at risk’ groups and, up until this week, was not even gathering the data that would prove this. There are six simple measures that should be taken to remedy the situation.