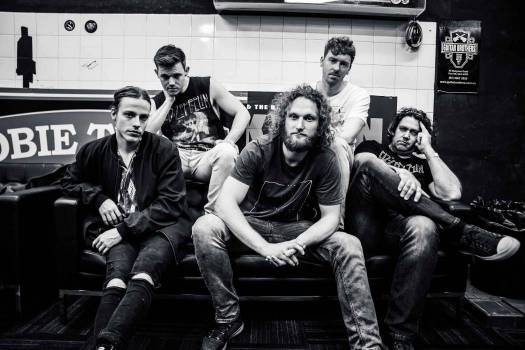 Australia, officially the Commonwealth of Australia, is a sovereign country comprising the mainland of the Australian continent, the island of Tasmania, and numerous smaller islands. It is the largest country in Oceania and the world’s sixth-largest country by total area. We decided to go down under to introduce you to Blind Lucy, who describe themselves as average Australians and champions of voicing the first world problems of a generation that lives in no ghetto or Hollywood reality.  Well, we agree with the the second statement but there is no average in Blind Lucy at least when it comes to their  brand new  single ‘Elephant’  which dropped just weeks after “Weight of the World”.  Blind Lucy are still punching on to keep producing the music they love in a time when everyone is turning to the arts for support during covid19.   Their latest track Single “Elephant” saw the boys employ band member Andrew Kellie to producer, engineer and master this track which has resulted in cementing their own true mark on an already unique product. This is just a preview of what is to come for  Stewart Wenham, Steve Crewe and Andy Kellie. with several more release due over the next 2 months.  We caught up for an interview for Camden Monthly..

Q:What inspired you to get into music?
A: It would be hard to speak on behalf of the others but I think the common cause for all us of getting into playing music was our unconditional love for music in general from a young age. I know we have all sat around having a few beers discussing who or what got us to listen to particular bands etc.

Q: How would you describe your music?
A: Everyone we speak to seems to have tell us we remind them of a bunch of different bands, ranging from tool to sound garden. I kinda think we sound like a bit like Grinspoon. I think the theme we are hearing is that we have a 90’s grunge feel.

Q:What would you say is your recording and song writing style?
A: Look, the next couple of songs coming out were recorded very differently to first five. Generally one of us comes to the band with a 95% complete song and we each fill in the gaps and change what we need to get a good mutual feel on the song. In terms of recording, we used to smash songs out over two days in a studio just so we could get it done. Now we have the ability to record pretty bloody good quality music by ourselves so we are taking full advantage of that.

Q: Where would you like to see your music career in 5 years time?
A: 5 years is quite a way away, at a minimum we would just love to keep writing, recording and gigging until we die. If that’s not enough for people then, i guess all we can say ‘oh well’. We don’t write music for people, we make music because music is life!