Houston, TX duo, Eucalyption are back with new music.. 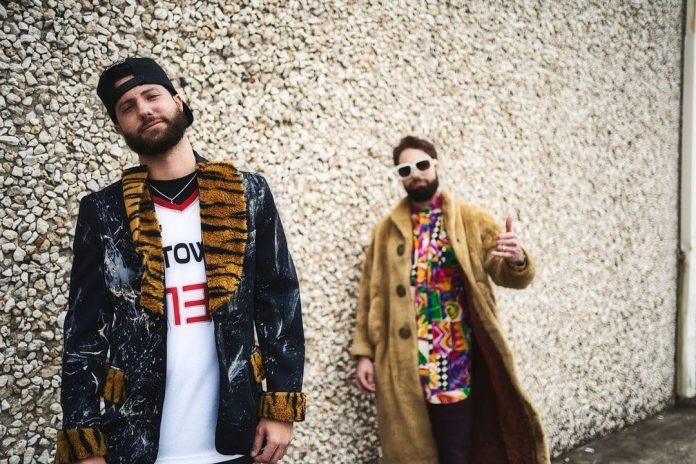 Post Views:
3,436
Houston, TX duo, Eucalyption formed in 2015 when two brothers, James and Ben formed the Reggae band they’ve been itching to establish. With both members being lifelong artists and a passion for music running through their family, everything was in place to ensure the success of Eucalyption. ‘Go Ahead and Ignore This if You Want’ which officially released in November 2020 was the first full-length release from Eucalyption.

Preceding it, the artist brought their soulfully adrenalizing high-octane sound to stages in Houston and they quickly garnered plenty of attention with their singles ‘Distractions’ (May 2018), ‘Blame’ (August 2018), and ‘Hypocrite’ (August 2019). Their debut EP ‘Start Living’ was also a resounding success, with their commitment to bringing perspective-shifting music to the masses unwaning, their future releases are also sure to make as much of a positive impact on the airwaves, in minds and on stage.

There was no better time for Ecualyption to release their debut transcendently high-vibe. Alt-Reggae Rock album ‘Go Ahead and Ignore This if You Want’. With sonic nuance as hypnotic as Alt-Rock offerings from Queens of the Stone Ages and Muse paired with slick alchemy, rhythmically reminiscent of the Black Keys, the stylistic appeal parallels the magnetic draw of the lyrically instilled euphoria. Through the Reggae infusion, you get sun-soaked staccato chords layering the 10 tracks with radiating tonal heat.
With each single inspired by a different concept, the album comes without any skippable tracks, instead, it swarms with dynamically inspiring optimism and mantra-like reminders to live mindfully, seek unity instead of disparity and keep positive.

Ecualyption said: “This is our first full-length album. We get our inspiration from everywhere; each song was inspired by something different. The message we want to get across in the album is “Go for it, you can do it.” We just want to inspire others in a positive way with our music.”

Amelia Vandergast at A&R Factory said: Eucalyption have the energy, ingenuity, and hunger it takes to rise up from the Alt-Rock underground – even if the album title does imply some level of creative apathy, that’s just
another nod to their pioneering humility which you’ll find in their lyricism alongside their
ardently expressive sound. Their constraint-less style which plays with elements of Alt-Rock, Reggae, 60s Psych Pop, Blues, Indie Rock and Hip Hop, is infectious and unforgettable from the first hit.