Ones to Watch: Exclusive Interview with Melissa Otero 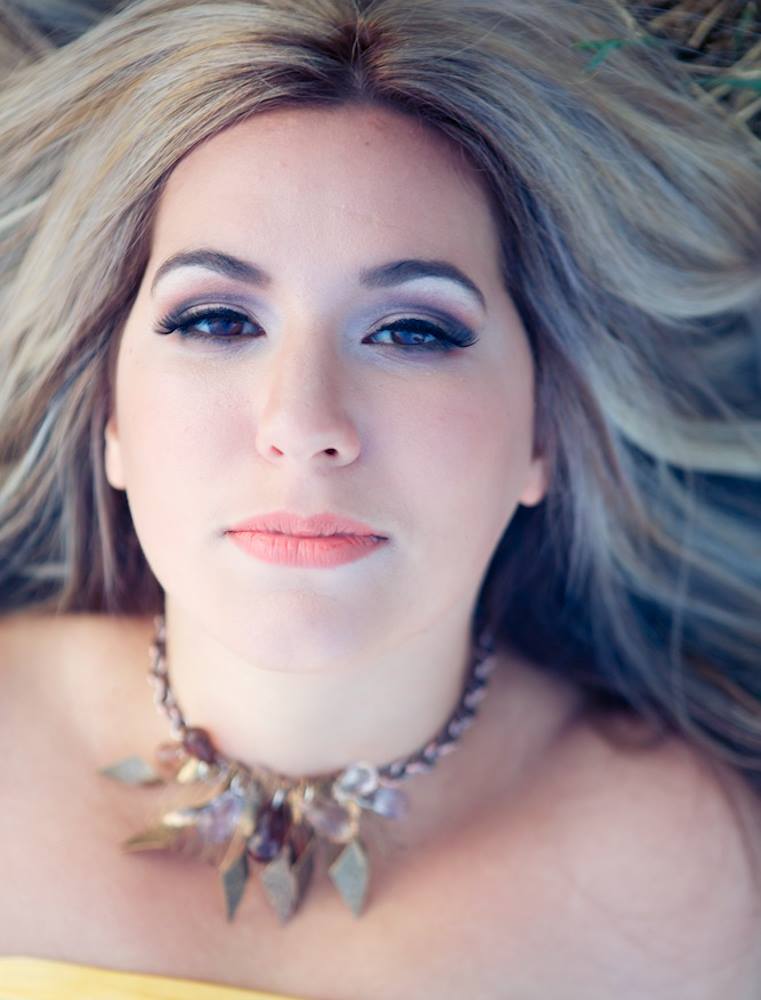 Melissa Otero is a Pop/Rock and Latin pop singer-songwriter in New York City. Since her beginnings, both Latin and Pop music have been an important part of her career. Melissa was inspired by artists such as Gloria Estefan, Celine Dion, Elton John, Ednita Nazario and others, her music connects with audiences from different cultures around the world.  In 2013, her single “Angels and Demons” was part of Lifetime TV’s Dance Moms soundtrack in its premiere episode of the third season, which attracted more than 3 million viewers, the biggest premiere of the season during that time receiving thousands of digital sales in iTunes and millions of views on YouTube.  For 2014, the song “With You (Contigo)” was presented as a main love theme for the characters Greta and Lazaro and “No Soy Un Angel” for the characters Smith and El Supremo in the telenovela Reina de Corazones on Telemundo. The telenovela has been broadcast around the world through Telemundo International, which continues to attract new fans to her music every day. A video made by a fan has been viewed more than 28 million times during its broadcast in India and Indonesia from September 2017 to January 2018. Some of her latest work has been philanthropy and she has created the Stardust Foundation, which provides much needed relief to Puerto Rico due to Hurricane Maria on September 20, 2017 and 2019 saw the release of the album “Erotomania” which took Melissa and her band on her first European Tour with a culmination at one of Scandanavia’s largest showcase festivals, Live at Heart Fest. For the summer of 2020, her latest effort is “Antología” (Anthology), a multi-language album featuring songs in English, Spanish and French. The electropop summer jam “Summertime Romance” is set for release in conjunction with the album on June 12th on all major digital platforms.  We decided to catch Melissa Otero for an exclusive interview for Ones to Watch on The National Post …

What inspired you to get into music?
When I was 9 years old, I was watching a concert on television which turned out to be Gloria Estefan & The Miami Sound Machine’s Homecoming Concert in 1989. I looked at my mother and told her straight up “This is what I wanna do for the rest of my life.” and the rest is history.

How would you describe your music?
Depends on my mood… some is happy, some chill, some epic… but as for genre’s, I suppose Pop and Latin Pop.

What would you say is your recording and song writing style?
That depends on the song as well. Some songs are written as I’m playing the piano or I just play the piano, find some chords and time goes by before any lyrics are written. Other times I could be with a producer in the studio bouncing off ideas back and forth and start working on a general structure of a song when suddenly the melodies start to develop and then lyrics. When I record, what’s important to me is that I’m having fun and it’s stress free. Feeling the song in the moment and having a good connection with the producer is always a priority for me. If it happens that the song is an emotional one, then I allow myself to go back to that feeling of why I wrote it and to be supported during this process allows me to give myself 100% to the song and to my audience.

Where would you like to see your music career in 5 years time?
Still writing and recording songs, touring and living the dream. Working with artists I look up to.

Where can music fans listen your music?
My music is available on all major digital platforms (iTunes, Spotify, Deezer, etc) and also my website www.melissaotero.com

Be the star of the show with SOSU Cosmetics

Find the ‘Better’ out of the ‘Best’ with Eva Gems & Jewels

The National Film Awards today announced a sponsorship deal with Eva Gems & Jewels for the 8th annual prestigious awards which is set to...
Read more
Health

The National Film Awards today announced a sponsorship deal with Symprove for the 8th annual prestigious awards which is set to take place on...
Read more

Be the star of the show with SOSU Cosmetics

Find the ‘Better’ out of the ‘Best’ with Eva Gems & Jewels

The National Film Awards today announced a sponsorship deal with Eva Gems & Jewels for the 8th annual prestigious awards which is set to...
Read more
Health

The National Film Awards today announced a sponsorship deal with Symprove for the 8th annual prestigious awards which is set to take place on...
Read more
Health

The Work-Life Balance: How to Relax and Rewind After Work

There is one important message we should all remember: we work to live, rather than live to work. In the hustle and bustle of...
Read more
Accessories

The National Film Awards today announced a sponsorship deal with Denman for the 8th annual prestigious awards which is set to take place on...
Read more
Load more