SEVEN CELEBRITIES EMBARK ON A PILGRIMAGE TO ISTANBUL FOR BBC TWO 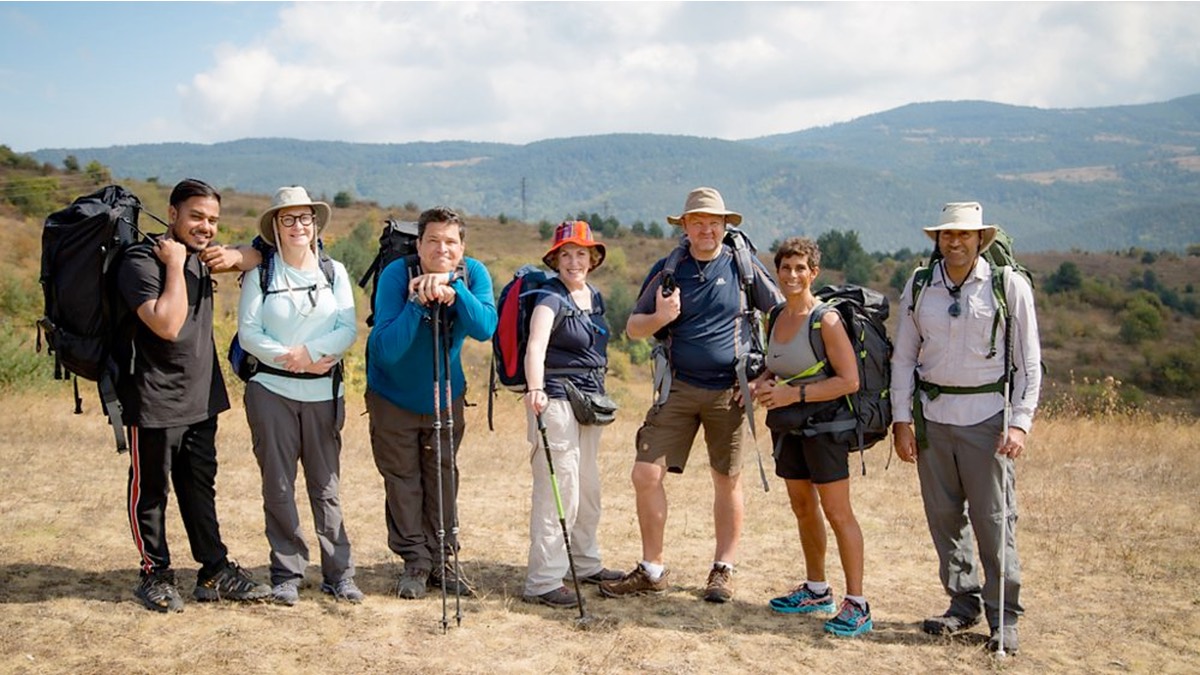 Post Views: 517
Hot on the heels of the first two critically acclaimed series that saw well known personalities embark on a journey of discovery, to Santiago and Rome, Pilgrimage returns to BBC Two this spring.  Seven new famous faces will take to the open road, as they follow a completely different pilgrimage.  This time, in Pilgrimage: The Road To Istanbul, journalist Adrian Chiles, a converted Catholic; former politician Edwina Currie, a lapsed Jew; Olympian Fatima Whitbread, a practicing Christian; broadcaster Mim Shaikh and television presenter Amar Latif, both Muslims and two confirmed atheists, comedian Dom Joly and actor Pauline McLynn will live as simple pilgrims following an ancient military route to the historic city of Istanbul, which has been transformed into a modern-day path of peace.  Formed just over 10 years ago and designed to promote tolerance for all faiths and cultures, Pilgrimage: The Road to Istanbul will be a journey of discovery and adventure for our pilgrims.  Donning backpacks and walking boots, they’ll stay in basic hostels, sleep in shared dorms, and follow a largely untrodden route. Starting in Serbia’s capital city Belgrade, the pilgrims will travel through Bulgaria and the mountainous Balkans, before crossing the border into Turkey, with their goal of reaching Istanbul and the magnificent Suleymaniye Mosque. This year’s celebrity pilgrims have just over two weeks to complete their pilgrimage.  They’ll visit historical monuments and buildings and see first-hand how religions have clashed over centuries from the Ottomans, right up to more recent conflicts. With over 1000 kilometres to cover, how will the pilgrims cope with the physical challenge and will this journey change how they feel about themselves and their beliefs? Daisy Scalchi, BBC Commissioning Editor, Religion said: “Pilgrimage is a wonderful series that brings the conversations around spirituality and faith to a wide audience in an engaging and personal way. The range of beliefs and backgrounds of all seven pilgrims, with their similarities and differences, show that the questions at the heart of religion are relevant to all of us, regardless of faith. This new three part series for BBC Two is an uplifting, emotional, thought-provoking journey of self-discovery with insights into the different ways we all approach life.” Caroline Matthews, CEO and Executive Producer, CTVC added: “I am absolutely delighted Pilgrimage is back for a third series. And in a twist to the previous two, we’re immersing our new celebrity pilgrims in an ancient military route which has been very recently transformed into a modern-day path of peace. Promoting tolerance for all faiths and cultures, Pilgrimage: The Road to Istanbul has everything we’ve come to love about the series; vigorous debates, back to basic living and a good dose of humour, but it will also reveal how religions have clashed over the centuries and what this means for our pilgrims, who have all come on the journey with a mixed range of beliefs.” Pilgrimage: The Road To Istanbul (3 x 60’) is made by CTVC. The Executive Producers are Caroline Matthews and Colm Martin. It was commissioned by Patrick Holland, Controller, BBC Two. The Commissioning Editor is Daisy Scalchi.
Share
Facebook
Twitter
Pinterest
WhatsApp
Previous articleLeap year house price boost could be on the cards for 2020’s homebuyers
Next articleFLAGSHIP NOVOTEL CELEBRATES LEICESTER LAUNCH AT VIP OPENING