The National Post speaks to Ukraine’s very own SoundStream 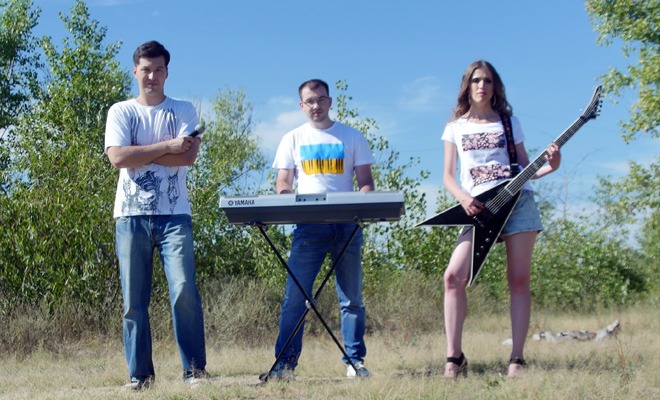 Ukraine is a large country in Eastern Europe known for its Orthodox churches, Black Sea coastline and forested mountains. Its capital, Kiev. Today we delve into the Ukraine’s music scene and catch up with SoundStream, a HandsUp/Eurodance music band from Kiev, Ukraine, created by Denis Timish and Alexander Bulanov. Their first song entitled “Feels Like Heaven” was recorded on 17/09/2008 and this date is considered as band’s birthday. However at the beginning of its career “Soundstream” didn’t get any support from local media and record labels, that’s why it existed as an underground band for several years. During that time the band self-released several albums, hit different radio stations around the world, experimented with music, but also faced different problems, like any other band, which also resulted in line-up changes. Since 2010 “Soundstream” consists of:

What inspired you to get into music?
Denis, a keyboardist and one of the band founders, had a passion to music since the early childhood. While he was a school student, he used to attend piano lessons. After some time he started making his first attempts in writing electronic dance music on his PC and got an idea to create a techno music band like “Scooter”. And when he was a university student, his plans finally turned into reality.

How would you describe your music?
Well, our music is a blend of 90’s Eurodance and dance music of today (mainly HandsUp). Male rap, female vocals, powerful melodies and beautiful pianos are essential parts of each song by “Soundstream”.

What would you say is your recording and song writing style?
Everything starts from the main melody and bassline. After that we add suitable drums and add secondary melodies. And when the music is complete we try to write some good lyrics. We don’t stop until we at least 99% satisfied with the overall idea.

Where would you like to see your music career in 5 years time?
Good question, but it’s very hard to say now. You don’t always know what’s gonna happen tomorrow, so let’s see.