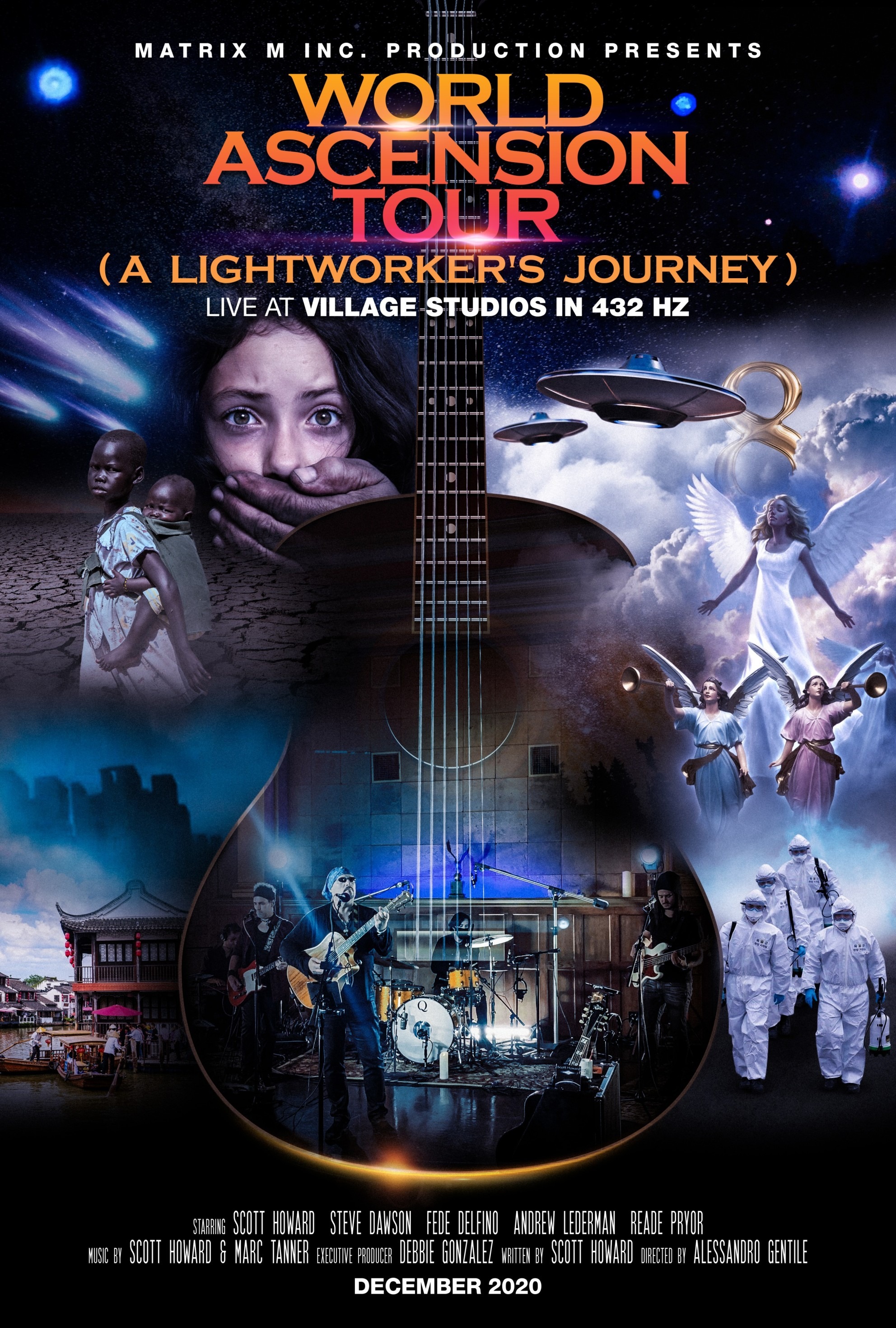 Witness history as Scott Howard hits the stage to perform two of his landmark albums. The World Ascension Tour (A Lightworker’s Journey) Live at Village Studios in 432 Hz features a full concert performance with rare behind-the-scenes footage and an interview with Scott Howard. Accompanied by his band, Howard presents a mind-blowing audio and visual extravaganza in the era of virtual live concerts. This show gives fans a once in a lifetime opportunity to hear a live performance of some of Howard’s classic hits, including Come with Me, Written in the Clouds, and many more.

The epic concert film offers a multi-dimensional concept that will redefine what a one-of-a-kind concert should be. The immersive graphics and dazzling visual effects combined with the innovative and sonic experimentation of Source music creates an unforgettable virtual experience.

The spectacular performance was shot in the legendary Village Studios in Los Angeles.
A former meditation center for the Maharishi Mahesh Yogi, the venue is the perfect location for Scott Howard’s transcendental music. The studio housed in a 1920’s Masonic Temple features historic and majestic architecture that can be seen in the hall where the concert was recorded. The cozy building hosted other iconic artists, such as Bob Dylan, Steely Dan, Fleetwood Mac, Dr. Dre, Lady Gaga, John Mayer, and more. You can feel the same kind of inspiration when you listen to the towering sound of Scott Howard’s rich and warm vocal tones and his reverberating acoustic guitar.

The songs, which are played at 432 Hz, chronicles Scott Howard’s personal highs and lows, beginning with the loss of his son, Maxx. Since then, Howard has dedicated his life to helping others get through difficult times. He powerfully demonstrated how his music can lift people up and heal them spiritually. “The music I write hopefully awakens people to the fact that we are all priceless. Our souls, our spirits are all irreplaceable,” says Howard in the interview.

Although he presents a grim picture of the world’s current state, Scott Howard is committed to reverse that. He works profusely to eradicate child trafficking, drug abuse, and mental illness. His ability to bring light into darkness is self-evident from the millions of heartfelt reactions his music gets on social media, which has been streamed over 10 million times.

The World Ascension Tour (A Lightworker’s Journey) presents Scott Howard’s music in a spectacular form transcending all cultural boundaries and highlighting its profound message of unity, love, and the ascension journey.

Watch out for the digital release on Amazon Prime and other streaming platforms coming soon.