Cosmic Punch are back with The Club of Nerd Dads 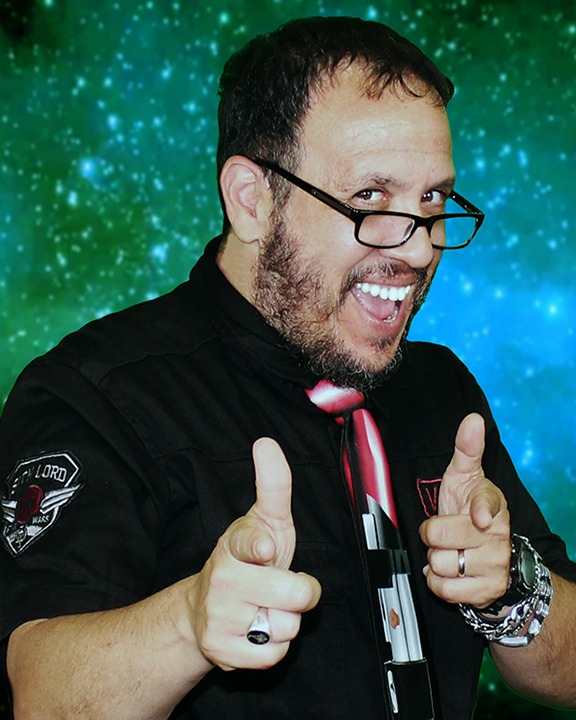 Post Views:
2,489
Following up the success of the 2018 smash record, “AutoReverse,” Alternative Retro-Modern Nerd Rocker Cosmic Punch returns with “The Club of Nerd Dads,” featuring the sounds of a “futuristic yester-year” with a new 10-song collection of music that is guaranteed to vaporize your cassette player due to overuse. Once again, the record was produced at D.O.W. Studios by founder Juan “Punchy” Gonzalez (famous for his production work on Morbid Angel, Terrorizer, Lover of Sin, and Christian Death) and features drums and strings recorded in the legendary Abbey Road Studios in London.  This new Cosmic Punch release, “The Club of Nerd Dads” is a 100% solo effort by producer/songwriter/musician, Juan “Punchy” Gonzalez.

Following the departure of songwriting partner, Ryan Michalski, Punchy decided to take the Cosmic Punch project to a whole new level of nerdom.  Featuring appearances by Lovely Hudson on “I Love You and Stuff” and Michael Romeo (Symphony X) on “Teenage Rage,” this record is a collection of nerd topics from Godzilla’s dominance to Star Wars Keyboard Warriors to fans wanting Firefly back!  Every track on this record deals with the highly-controversial topic of science fiction fandom and lifestyle.  Cosmic Punch were previously a band but now a solo act. No stranger to solo endeavors, Punchy’s most recent 80s-influenced new wave solo album project, “The Synth Lord – The Synth as Soul,” was released in September 2019 to critical acclaim and has a hit music video “We Are Not Alone,” representing what one person can do when he is not filtered by committee. Juan “Punchy” Gonzalez is a proud endorser for Magix Software (Vegas Pro/Samplitude), Behringer/Music Group, Positive Grid Software, BeatSkillz Software, and Dean Guitars. We caught up with Cosmic Punch for an interview to delve into the story so far..

What inspired you to get into music?
Growing up in the 80s and watching MTV! After that, computers and integration of them to musical equipment. These two catalysts sprung me into the idea of being able to make my own music and also do engineer work for other artists as a means of making of a living in this business.

How would you describe your music?
Cosmic Punch is a dive into retro music but with a modern feel. By no means am I trying to sell anyone on any kind of political concept or anything that would remotely consider itself to be “controversial.” The new record is Nerd music for nerds, closed nerds, or relatives of nerds. All the songs on this new record are about fandom!

What would you say is your recording and song writing style?
Obviously, I am using computers to make music like everyone with no budget. The musical style for Cosmic Punch is Monkees mixed with Beatles mixed with Four Seasons mixed with Ozzy mixed with 80s pop. It is the soup your mother served you that was made with leftovers. It was delicious and had so much flavor that you had to eat more!