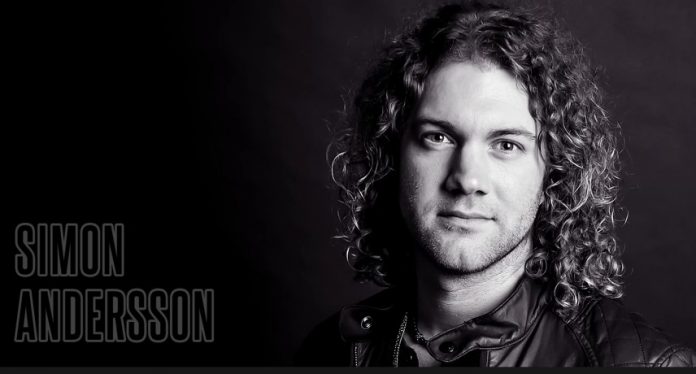 After a year of co-releasing with other artists, Simon Andersson is back on the music scene. With this self-penned and self-produced piece of music art. There is no doubt to any serious listener that this is a world-class production and a very powerful song. To be able to pull off. The writing, the production, and mixing aside from playing the piano, guitars, and performing the vocals, is something few can master. And it shows us just how musically accomplished this Swedish artist really is.

Better Day is about being there for others when they need a helping hand. As well as realizing just. How dependent you are on someone lending you a hand in your time of need. We all need a friend.2020 has shown us all just how fragile our world really is and the things we take for granted. Living in such turmoil times it is important that we raise our heads, stand together, and keep our faith going forward towards a better day.

Simon Andersson is making a name for himself on the international scene, handling multiple. Genres both as an artist, writer, and music producer. He walked off the Fonda theatre stage in Hollywood winning” Best Song of The Year” back in 2013. Went on a recording trip to Nashville and climbed the Music Row Charts with two singles. CMA Music Festival, with 250.000 visitors, invited him two years in a row and his international fanbase started to grow.

Back in Sweden, Simon built his own recording studio and is currently on a blazing trail, merging musical genres and styles. With about one million streams on Spotify alone, Simon is recharging his sound going forward and has no intentions of slowing down. Better Day is Simon’s first solo release in two years and the starting point of a new chapter. A nice blend of pop music and indie rock. BIG guitars and HUGE drums reminding us of Phil Collins and arena rock. Yet a subtle intro featuring the piano and Simons’s intimate voice. Halfway through there is an instrumental break building up to the full-fledged end chorus.

This part features the sound that gave this song its nickname;” The Alarm Song”.

We managed to catch up with Simon for an exclusive interview for the National Post..

What inspired you to get into music?
Music has ALWAYS been my life. As a baby, I used to hit my mom’s pots and pans in the kitchen, driving her nuts, ha ha. Drums actually became my first instrument and I got my first teacher as I was five. On a side note, I was taught by Patrick Alain Jean who toured the world with Demis Roussos.

Then I was fortunate to have great mentors and was constantly in a musical environment. That really sparks your development! I did music collage and have a master in music education from the university. Also watched a lot of music videos and stuff when I was young. I mean like three to eight years old. I guess that’s the short answer. My dad also played for me when I was going to sleep at night. I think that really became the foundation of my musicality.

How would you describe your music?
Diverse. My inspiration comes from the early days of rock ’n’ roll to contemporary music.
Or why not a classical piece or a cool blues riff? The important thing is that music connects with you and moves you. Music has a soul. You got to pay attention to that and put your heart into it. A lot of people are in this business for the wrong reasons. It’s not about the money, it’s a passion. I want people to feel something when they listen to my music and turn up on a live gig where we have a unique experience together.

What would you say is your recording and songwriting style?
I always write music and melody first. Always. That’s where the soul is. Then come to the lyrics and put the icing on the cake. ONE WORD can have a tremendous impact on a song and the lyrics are very important. But it has to start with something that’s WOW musically. When it comes to recording it depends. These days most things are done track by track. So is Better Day, my new release. But I try to work with different musicians as much as I can ’cause everyone brings something to the table that you wouldn’t think of yourself. I’m fortunate to be able to write, produce, record, and mix my own music. I’m not dependent on someone else to be able to put something out there. I’ve spent years learning all of that and you are constantly learning new things. But it’s just a nice thing to work with others and it inspires you too. Which is so important. One thing I have to say when it comes to recording is this. If you are a bunch of musicians going into a studio and record something TOGETHER, there’s magic happening. You can’t replace that ever with programming and track by track.

Listen on Spotify here and on Orchard here