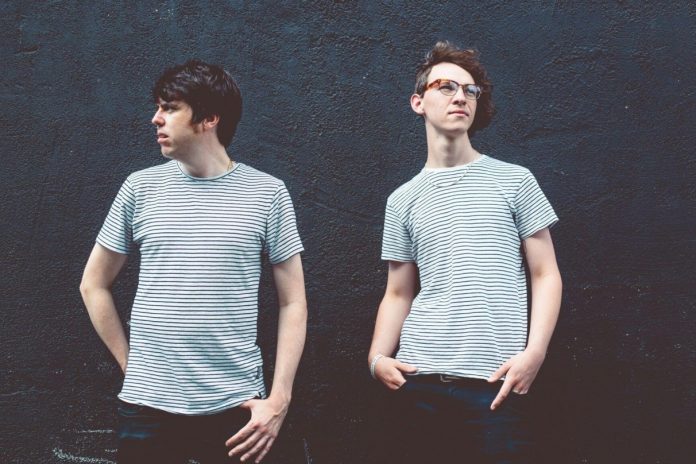 Introducing Sean Ekin who is a Liverpudlian ex-pat mine worker who began his journey into the wonderful world of music in Perth, Western Australia as part of a garage rock three-piece called The Spitfires. The band started out doing tour supports for The Cribs and British India prior to putting out their first release, the album Songs from the Debt Generation, instantly setting down a style marker: politically-minded tales of modern life set to distortion.

After becoming disillusioned with the local music scene in Perth, the band left W.A. to relocate to Sydney. From there they toured Australia and Japan in support of the album, before founding bass player Paul Bovenkerk had to leave the band due to mental health issues. By now the band had gone through over thirteen drummers, including two which were recruited from the audience during the same show. The antics continued – including the decapitation of a Margaret Thatcher statue live on stage. After returning to Liverpool he began touring the UK but was soon hospitalised following an industrial accident.

Something had to give. If nothing else, he was running out of audience members who could play drums. After a much-needed hiatus, the band relaunched under the new name Pleasure Island and played their first show at the Smithdown Road festival with new drummer Sam Pierpoint. Now with a new EP currently being finished at Liverpool’s Motor Museum studio (where Oasis, the 1975, and the Arctic Monkeys recorded their debut tracks), and a bigger sound than ever, it seems like Pleasure Island are ready to claim their crown as the UK’s most thrilling independent guitar band.  Pleasure Island has just released a brand new single “Help Me NHS”  which is inspired by the amazing work the National Health Service (NHS) in the UK helped lead singer and songwriter Sean through some very dark times. The best way to describe the sound on this track is, explosive and guttural. Chugging out of the silence like a freight train running off the tracks and out of control, the riffage that we come in contact with  in  Pleasure Island’s new single and music video “Help Me NHS,” is as dynamic as their overall sound is, Pleasure Island are defined by their assaultive approach to guitar-driven hard rock.

Aside from the riffing, the bassline featured in this single is definitely as brutish as they come without tripping into the stylistic pitfalls that come with overdriven excess. Most of every component in “Help Me NHS” contributes to the flood of distorted carnage that flows from our speakers from the moment we press play to the very instant in which the band’s throttling grooves disappear into the darkness from which they were born, and in terms of efficient songcraft, theirs is an attitude I’d love to see some of their rivals adopt in the future.

As dirty as the melodies are in “Help Me NHS” the master mix here is surprisingly clean and crisp, allowing for us to appreciate the intricacies in the track without feeling overwhelmed by the complexities that come with producing something as tight and metallic as this song undeniably is. The music video is just as superbly constructed.

Comparing the video for “Help Me NHS” and the song on its own doesn’t seem particularly fair to me, especially when taking into account how much detail was put into making the video feel a little more expressive and theatrical than the average rock/metal cut in 2020 would be. The visuals are undisputedly as jarring as the music is, but it isn’t actually comprised of anything that I would deem present exclusively for the purposes of repelling mainstream audiences. Pleasure Island has a story to tell with their music, and if we look beyond their surface aesthetics, they’re honestly offering up a more evocative studio recording than most anyone else in their scene is in this recording.

If you crave real rock n’ roll madness of the most discriminatingly abrasive strain, Pleasure Island’s “Help Me NHS” is a must-listen. “Help Me NHS” is a polished take on a volatile brand of hard-hitting, groove-powered music, and for those of us who have been in need of something a little heavier to balance out the moderate tempos of mainstream rock, it could not be arriving at a more appropriate moment.