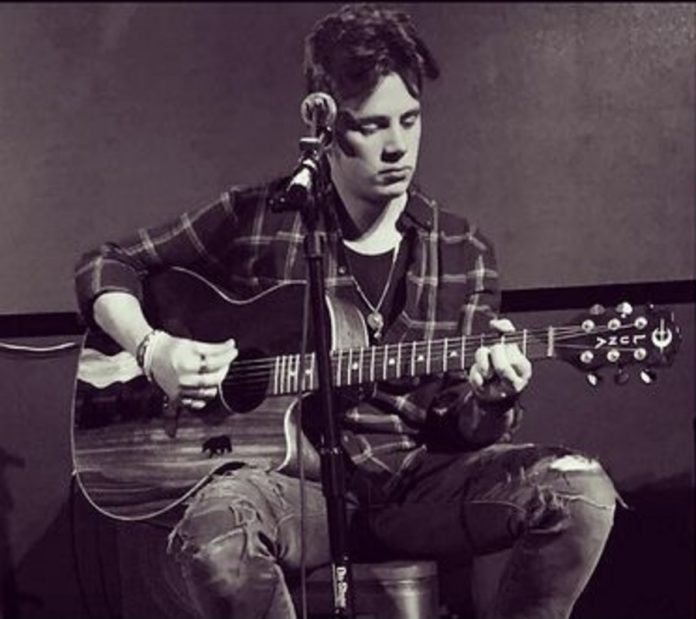 Fixed fate is an American rock band based out of Lake George, New York. Formed in 2012 by singer/lead guitarist Jon Bessette, the band features an eclectic sound drawing influence from acoustic ballads all the way to thrash metal. Fixed fate’s first single “Raining Again”, a mellow ballad with the digital B-side “My Letter to You” was released in October 2014. The band continued with a slightly different offering in 2016 with their “Unplugged” EP. After 7 years and hundreds of shows across New York State, the band began promoting the release of their first full length album “A Year in the North”, released May 10th, 2019, featuring 14 brand new original songs. Following the success of their debut, Fixed fate immediately began recording their sophomore effort “Icarus”, a 7 song collection featuring a wide range of emotion released on December 15th, 2020. The lead single “Route 29” was released worldwide on Halloween and the album has brought a wider audience to the band while receiving both commercial and critical acclaim.

The release of  Fix fate’s new album, Icarus, may come to mark the pivotal moment when the band transitioned from indie darlings into mainstream powerhouses. The seven songs on their latest album are substantive musical efforts that transcend label. The band’s songwriting often brings a number of seemingly disparate elements under one tent.

The album’s opener The Degenerate shows  Icarus are expert at fitting square pegs into round holes. Glistening  textures collide with guitars and understated vocals without issue while the song’s melodic aspects seem to keep it floating several inches above the ground at all times.

A Perfect Circle gives new listeners their first full introduction to the band’s lead singer  Jon Bessette.  It’s difficult to not be impressed by the obvious control he has over exploring his range.

Route 29 is a dizzying musical ride. There’s nothing about the pace or tempo that will challenge listeners, but the impressive imaginative leap required to make this track hang together coherently surely propels it to one of  Fix fate’s best moments.  Fix fate  mixes a variety of surprising influences together and there’s hardly a hint of stitching to be seen. Instead, Route 29 is a truly inspiring work bringing together traditionally opposed musical styles into perfect symmetry with each other.

Safe Travels is a much less cluttered, straight forward song, but no less of a surprise in some respects. There are some scintillating blues guitar heroics, but they never lay it on too thick and weave their passages around a compelling backbeat.

Flying Through has a busy  underscore which is more expansive textures while Jon puts his vocal down over the top. The guitar presence in the song is like a necklace of sound, individual notes strung together with just the right amount space between each and adding up to a beauty greater than its individual parts. Much like the iconic, The Tar Pit.

The orchestrated, lush pace of the album’s penultimate song, Pennies, returns the work to its first principals. After the comparatively raucous stomp of the guitar dominated middle, Fix  fate seems to be downshifting into a much quieter gear at  Fix fate’s end. The vocals and sensitive phrasing are quite memorable. Fix fate have scored huge with their most recent release and the promise of tomorrow grows brighter with each release and closer to realization. We decided to catch up with them for an interview about their journey in music so far…

What inspired you to get into music?
I’ve been involved in music for almost my whole life. I grew up listening to a lot of heavy metal and always knew I wanted my own band.

How would you describe your music and what would you say is your recording and song writing style?
Fixed fate covers the spectrum of “rock.” Some of our songs are really soft and only have a couple of tracks on them while others are expansive heavy pieces with multiple guitars, layered harmonies, and heavy transitions. That often affects the songwriting style as some lean more towards simple singer-songwriter acoustic work while others are complex pieces that are slowly worked together over time.

Where would you like to see your music career in 5 years time?
In 5 years I’d like to see about 5 more albums out by the band. I’m not too worried about selling a million records- I just want to make good songs and hopefully a few people will find something out of them.

Where can music fans listen your music?
Fixed fate songs are available on all major streaming platforms.

Van Hechter returns with brand new single “I Am”

Van Hechter is a pop artist who grew up between Canada, France, and the U.S.A who we have featured a few times. He is...
Read more
Health

Is the vaccine really safe or have we been sold a lie?

Are you excited about the Covid-19 vaccines or not? Are there any doubts following the recent revelation that the Astra Zenza vaccine has led...
Read more
Featured

86% of Brits have asserted that thermostat arguments have led to bigger issues in their relationship!

86% of Brits have asserted that thermostat arguments have led to bigger issues in their relationship! 60% of men initiate the argument about...
Read more

Van Hechter returns with brand new single “I Am”

Van Hechter is a pop artist who grew up between Canada, France, and the U.S.A who we have featured a few times. He is...
Read more
Health

Is the vaccine really safe or have we been sold a lie?

Are you excited about the Covid-19 vaccines or not? Are there any doubts following the recent revelation that the Astra Zenza vaccine has led...
Read more
Featured

86% of Brits have asserted that thermostat arguments have led to bigger issues in their relationship!

86% of Brits have asserted that thermostat arguments have led to bigger issues in their relationship! 60% of men initiate the argument about...
Read more
Music

After a year of co-releasing with other artists, Simon Andersson is back on the music scene. With this self-penned and self-produced piece of music...
Read more
Music Reviews

“No Goodbyes” is the debut release from Norman Alexander. The single was mastered by 3-time Grammy Award winner Randy Merrill and produced by Brian...
Read more
Load more