Loss of Large Predators Has Caused Widespread Disruption of Ecosystems 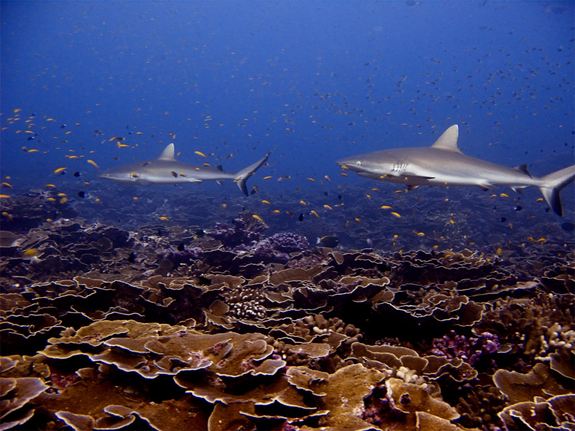 The decline of large predators and other “apex consumers” at the top of the food chain has disrupted ecosystems all over the planet, according to a review of recent findings conducted by an international team of scientists and published in the July 15 issue of Science. The study looked at research on a wide range of terrestrial, freshwater, and marine ecosystems and concluded that “the loss of apex consumers is arguably humankind’s most pervasive influence on the natural world.”

According to first author James Estes, a professor of ecology and evolutionary biology at the University of California, Santa Cruz, large animals were once ubiquitous across the globe, and they shaped the structure and dynamics of ecosystems. Their decline, largely caused by humans through hunting and habitat fragmentation, has had far-reaching and often surprising consequences, including changes in vegetation, wildfire frequency, infectious diseases, invasive species, water quality, and nutrient cycles.

The decline of apex consumers has been most pronounced among the big predators, such as wolves and lions on land, whales and sharks in the oceans, and large fish in freshwater ecosystems. But there have also been dramatic declines in populations of many large herbivores, such as elephants and bison. The loss of apex consumers from an ecosystem triggers an ecological phenomenon known as a “trophic cascade,” a chain of effects moving down through lower levels of the food chain.

“The top-down effects of apex consumers in an ecosystem are fundamentally important, but it is a complicated phenomenon,” Estes said. “They have diverse and powerful effects on the ways ecosystems work, and the loss of these large animals has widespread implications.”

Estes and his coauthors cite a wide range of examples in their review, including the following:

Despite these and other well-known examples, the extent to which ecosystems are shaped by such interactions has not been widely appreciated. “There’s been a tendency to see it as idiosyncratic and specific to particular species and ecosystems,” Estes said.

One reason for this is that the top-down effects of apex predators are difficult to observe and study. “These interactions are invisible unless there is some perturbation that reveals them,” Estes said. “With these large animals, it’s impossible to do the kinds of experiments that would be needed to show their effects, so the evidence has been acquired as a result of natural changes and long-term records.”

Estes has been studying coastal ecosystems in the North Pacific for several decades, doing pioneering work on the ecological roles of sea otters and killer whales. In 2008, he and coauthor John Terborgh of Duke University organized a conference on trophic cascades, which brought together scientists studying a wide range of ecosystems. The recognition that similar top-down effects have been observed in many different systems was a catalyst for the new paper.