The Tree Of Life Movie Review by Ian Nathan 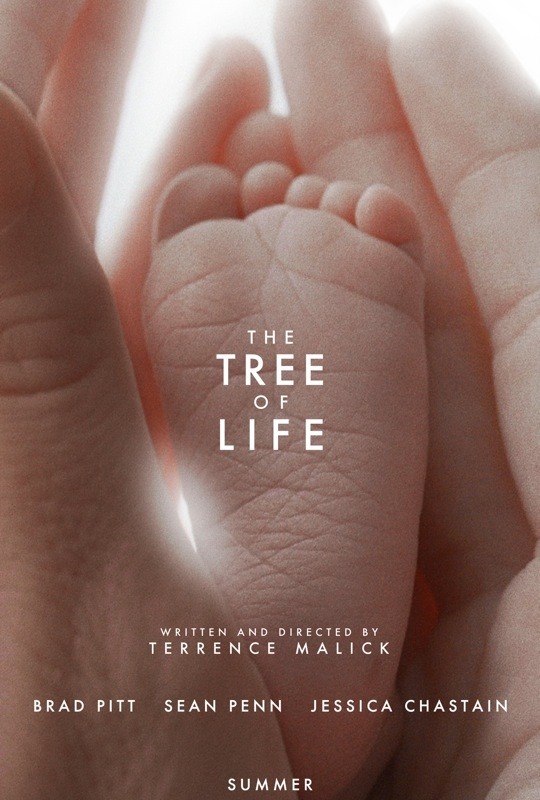 For his fifth film in 40 years, you wonder whether magisterial slowcoach Terrence Malick took stock of his recent output — such abstruse meditations on war, colonialism, and the ineffable fabric of nature as The Thin Red Line and The New World — and felt it was high time he brought a halt to this worrying slide into crass commercialism. After six years chewing over a bit of Heidegger with his Weetabix, and smothering his intentions in a blanket of secrecy like an impenetrable hybrid of J. J. Abrams and J. D. Salinger, he has summoned forth a dizzyingly impressionistic study of family life that doubles as a vaulting enquiry into the very nature of the universe and the possibility of God. Kubrick’s 2001 comes close, but Malick’s philosophy pines for the salve of love and spirit, and comes light on psychotic super-computers. Even the hardy concept of dialogue falls prey to his exquisitely aloof vision. Against the constant murmurings of nature, we catch only odd lines and whispered voiceovers querulously calling to a hard-of-hearing deity: “Where were you?”

In other words, the kind of highly personal filmmaking where we must first pass though the dawning of time — literally nebulous bodies billowing cloudlike against the black veil of the universe; raw planets spewing gas and lava, primordial pools fecund with boiling matter; sparks of life in the nuclei of swarming cells, dancing proto-fish spinning lightwards, and a wounded plesiosaur on a desolate beach as a meteor strike scours the surface clear for the birth of mankind — before we get to what is commonly referred to as a scene. Cycles of life and death on a cosmic scale contrasted with the intricate dynamics of family.

Actually, instead of beginning at the very beginning, the film kicks off in the mid-1960s with news of the death of R. L. (Laramie Eppler), our protagonist Jack’s (Hunter McCracken) brother, aged only 19. How he died remains elusive, but Malick’s younger brother is reputed to have committed suicide at 19. This shudder of grief will reverberate like a meteor crash through the film, stirring the first of so many questions: what does the loss of a loved one mean against the backdrop of eternity? Much, it transpires.

It is this unshakable heartache, as bitter as the taste of a madeleine is sweet, that casts Sean Penn’s grown-up Jack down a Proustian time tunnel from the metallic canyons of present day Houston, by way of the aforementioned Creation, to the sun-softened enchantment of his childhood. Jack and his two brothers (all three actors wonderfully naturalistic unknowns) are nurtured in an Edenic youth recalled via an organic pulse of ‘memories’: fragments of story, grace notes, wisps of emotion, the odd flicker of Lynchian weirdness. Together an uncanny distillation of how human memory stirs its keeper, awash in Malick’s transcendent imagery: light cascading through leaves, the kiss of a breeze on wild grass, filigree curtains billowing through window frames, dogs running wild.

Theirs is a harmony held in balance by the opposing poles of their parents. A luminous, angelic mother (Jessica Chastain), made holy by the exaltation of Jack’s recollection, bestows a lilting ideology: “The way of nature and the way of grace. You have to choose which one you follow.” She is exemplified as grace. While the astonishingly mature Brad Pitt as Jack’s terse patriarch — a soul damped down by quashed aspiration, veering between brutal discipline and astringent love — espouses the doctrine of nature: nothing can be achieved without will. Even without the scaffolding of story, this is a sublime evocation of the tides of ecstasy and torment flowing through an American boyhood.

Malick conducts his five editors the way great composers conjure art from thin air, creating an unforgettable symphony of beauty, introspection, and wells of unabashed feeling. And to accompany such cinematic inspiration, not for this director the dreadnought snarls of Nickelback, but extracts of Couperin, Berlioz, Brahms, Mahler and Bach, interposed with Alexandre Desplat’s yearning score. The very execution poses its own spiritual enquiry — how can such beauty be created in a meaningless void?

The result is so disarmingly unironic, and therefore open to mockery, it’s easy to see why it was met with a chorus of boos from Cannes’ sincerity-phobic critics. Sure, at times it lifts off too far, becoming too remote and self-involved to fully grasp. And the closing images of Sean Penn blundering across a metaphorical beach in his sodden Armani suggest a potential afterlife as drunkenly off-kilter as that rum-do at the end of Lost. It is equally clear why The Tree Of Life landed the Palme D’or — against the brute attack of modern cinema it feels heaven-sent. A film awestruck by life: why are we here? What are we for? Where did it all go wrong? And where could it yet go right? Malick doesn’t pretend to have actual answers. But then neither, one suspects, does Transformers 3.