Todd Underwood’s ‘Upside Down’ is a mixture of experience and perfection.. 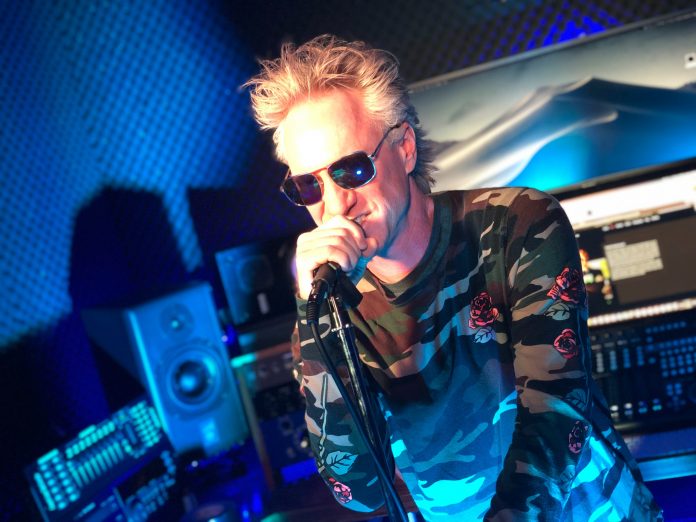 With the 2021 release of Upside Down, Todd Underwood looks to build on his success and experience to achieve the notoriety he has worked hard for many years. With his extensive proficiency in guitar, bass, and vocals, Todd is also a Recording Engineer, Mix and Mastering Engineer, and active Producer. With these skills Todd has released Sixteen albums, many with bands he has collaborated with, however in 2017 he began releasing albums under his name. His first release, Unfortunate Day is a culmination of many years of songs residing on a hard drive that was not used in other bands, songs recorded from 2001 on, with the expectation of a future release. His second release, When I Took My Watch Off, tackles themes of life issues, getting older, and the emotional dynamic of children becoming adults. His third release, Color, and Contrast, tackles issues of empathy, regret, hope, and spiritual challenge. His fourth release, Reflectings Acustico is an all-organic acoustic album highlighting his songwriting and vocals. Todd inherited a record store from his father in 1988, which he continued to operate until 2001. Here, Todd learned about the music business, the hardships, the rewards, and the pitfalls to avoid. Todd pays tribute to his father on his release When I Took My Watch Off, with a song highlighting his emotional journey of running a record store for over a decade. Todd was also able to teach guitar from his record store as well as the local college. At 16, Todd built his home studio complete with ½ inch tape (which later updated to ADAT). From here Todd learned the subtler points of recording guitar and vocals, twelve of his albums were the product.

Being a member of countless bands, Todd Underwood played with Sly and the Family Stone bassist and shared the stage with Mark Farner of Grand Funk Railroad. In 1988, Todd answered an ad, (and won the spot) in the San Diego Reader for music for a BMX video. From here Todd was able to write theme songs for commercials and TV series, many of which can still be heard today.

His new single “Upside Down” is taken from the brand new album with thesame title and serves as a taster of what fans can expect from the album.

Mainstream music hasn’t felt as heavy as it should in a long time, and while I don’t know for certain, it seems to me that Todd Underwood was inspired by the lack of weighty riffage when they were putting together their new single “Upside Down” .

Underwood leads an onslaught of textured brutality in “Upside Down” that goes against the grain of everything modern rock has established itself to be, and if you were hoping for a bit of old school carnage to spice up your playlist this spring, it makes a near-perfect addition by all measurements.

The lead vocal in this track is at times guttural and as beefy as the bassline is, but personally, I think it complements the tonality of the guitar parts here better than any single element ever could have. Underwood straddles the beat in “Upside Down” like he’s riding a raging bull; while he’s clearly adhering to the principles of rock efficiency with regard to the structure of the hook, he isn’t afraid to get a little aesthetically indulgent when it serves the material well. His younger peers could learn a lot from the balance he’s laying down here, and moreover, his approach to recording powerhouse rock in general.

“Upside Down” is the heady dose of prescription thunder that a lot of us needed most this March, and if it’s any indication as to what we should expect to be hearing out of the #toddunderwood camp in the near future, I think the 2021s are going to be a lot more prosperous for this enigmatic frontman.

What inspired me to get into music?
I was forced when I was younger to learn to play the guitar and I didn’t enjoy it that much until my parents stopped making me do it. It was only then that I really picked it up because I wanted to, not because I was forced to. Eventually, I saw how much of a creative outlet it was for me. I love creating music! From the songwriting to the recording, layering, producing!

How would you describe your music?
Early on I was into bands like The Police and AC/DC. Eventually, I turned to punk such as 7 Seconds and Black Flag. After that phase, I really got into Funk Rock/Metal such at the Red Hot Chilli Peppers. That leads to a love of more sophisticated bands such as Kings X. Finally when I owned a music store some of my employees were really into Emo and would play that all day and I learned to love the emotional part of that. So my music today is a mix of all of that!

What would you say is your recording and songwriting style?
At one point in time, I used to write and record music for sports television. It was all instrument and guitar/rock-based. I’ve built on that with my solo albums which of course are not instrumental. My recording style is very modern and I like to keep things as organic as possible. So even if I’m making a sound that’s not a guitar or bass etc, I sample the real thing. My songwriting style tends to be broody. I like introspection and reflection.

Where would you like to see your music career in 5 years time?
I still want to be able to do what I’m doing as a solo artist and release whatever I’m coming up with creatively at the time but I also have a high interest in helping other bands/projects as a mix/master engineer and a producer.

Where can music fans listen to your music?
I’m on all streaming platforms just under my name Todd Underwood

Listen to music from Todd Underwood by clicking on any of the links below;
Spotify
Apple Music
Youtube
Pandora