The ‘to work or not to work’ divide 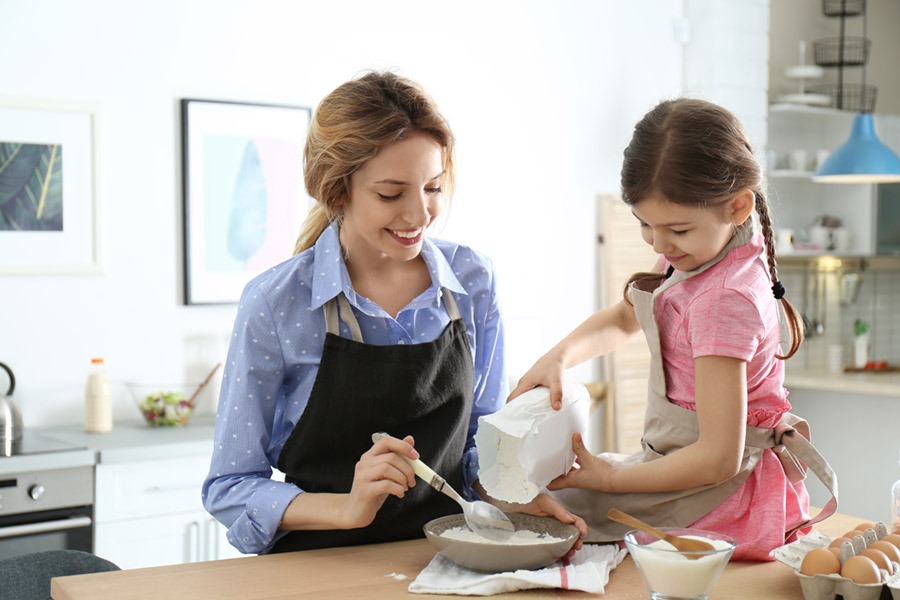 Yoopies UK, Europe’s leading childcare platform, investigates the damaging impact of conflicting government advice for nannies over the last two months. Nanny testimonies expose a severe lack of centralised guidance since March, which in turn, has allowed employers to ‘read between the lines of Government advice,’ financially pressure nannies to keep working and, in some cases, even abuse furlough. The most recent guidance, stating that paid childcare providers that work in a child’s home can go to their place of work has evidenced continued confusion and a lack of communication between governmental departments. Some nannies described the new Government advice as radically different from the DfE Government helpline, who advised only working for critical workers.

When the Government closed schools, nurseries, and childminders back in March for all but key-worker and vulnerable children, for nannies, Coronavirus measures remained a grey area. As a result, whether nannies should or shouldn’t work was largely left to interpretation. Local MPs advised: “Nannies should not travel to their employer’s home for work unless this is essential (ie. children are vulnerable or parents are critical to coronavirus response)”,  however, the Government website did not clearly publish this guidance. Consequently, some parents continued to use their nanny throughout lockdown, potentially contributing to the spread of the virus.  One nanny said, “we risked our health going to work as parents didn’t allow us to be at home, even though the parents were not key workers.”

On 1 May, the Government updated their guidance, finally giving some clarification on the position of nannies. Their guidance stated: “If you provide paid-for childcare in a child’s home, you can go to your place of work – this is in line with Government guidance that you can travel to work if working from home is not possible.” Yet, a lack of communication between government departments meant the guidance update was conflicting. One nanny explains: “I rang the Government Helpline yesterday for clarification, and they advised me to not work unless it was for key-worker or vulnerable children. When I asked why this wasn’t on the Government website, they said it was something they would escalate with management.” Another explains “I have been in contact with DfE since the new ‘guidance’ was released on May 1st. They’ve clarified that this information is still in relation to children who are vulnerable or the children of key workers. This was confirmed by MPs”

Since the 11 May update, mirroring the same guidance, nannies have continued to receive mixed messages from different Governmental departments. Some have reported that the DfE helpline continued to tell them to work for essential workers only, whereas others have been given the green light to return to work.

Severe disagreements with the current advice

The current guidance aims to “help people return to work’, but many who employ a nanny are still working from home, raising questions as to whether the nanny should go to work. While are some are happy to work, the popular hashtag, #WhyAreNanniesStillWorking, has seen many question the current guidance in place. One nanny explains “12 hours notice people have been given to return to work. What about us nannies who have children? Family & friends can’t help as we cant mix households but I’m forced to go to work for non-key workers.” The Government is yet to publish guidance regarding this issue. Another says “I just keep thinking this makes no sense. I can’t see my mum who is under 70 and healthy, but I can go to my employers home with both parents there.”

Nannies who work for more than one household are entirely unsure if it is appropriate to work, and worry about going from one household to another. Others found the safety precautions difficult to adhere to, as one nanny explained: “as someone that works for a family who live in a flat with 3 adults (parents working from home) and 2 children in a confined space, keeping a social distance from those I am not caring for is difficult.”Francesca Chong, Yoopies UK Country Manager comments, “The worry is, many people may take the new advice as a green light to jump straight back to normality. If families call back their nanny, they need to be absolutely transparent in declaring their symptoms and adapt their homes to be as safe as possible.”

As a consequence of unclear guidance, while some nannies have been fortunate, others have characterised lockdown as a period of manipulation. Some nannies reported being left with little choice but to keep working or lose their job altogether, as one nanny explains: “the parents are not key workers but made it very clear, either I work or they will find someone else.” Research led by Yoopies further demonstrates this trend, reporting that only ⅕ of nannies surveyed had been furloughed by their employer.[4]

Some nannies found furlough an uphill battle, as one nanny said, “furlough is an agreement between parent and nanny, not a right, it took me weeks to convince my employer to furlough me.” For nannies that had been furloughed, some found that parents did not respect the rules in place. One nanny detailed manipulation by her employer: “the family furloughed me but expected me to do online tutoring even though working is not allowed. I felt like I had no choice, as when I raised the issue, they alluded to just laying me off with no pay.”Despite the furlough extension to October, it is now likely that even fewer nannies will be furloughed.

For the nanny industry the ‘to work or not to work divide’ has been a real wake up call on the importance of clear and centralised advice. Over the last two months, the damaging effect on people’s livelihoods, employment, and safety is an urgent call for the Government to ensure its guidelines and respective departments are completely transparent.