Shaq: Heat will be back, LeBron hate was fair 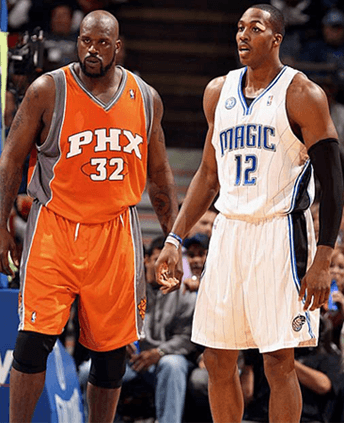 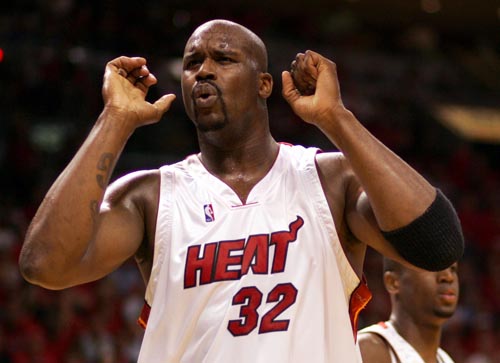 mes was fair. Posted by Ben Golliver. The last time the Miami Heat won a title, Shaquille O’Neal was playing alongside Dwyane Wade. The next time the Heat compete for a ring? O’Neal will be weighing in from the studio. And one of O’Neal’s first acts after officially signing up to join the TNT crew, the Sun-Sentinelreports, was to guarantee that the Heat will make a return trip to the NBA Finals after losing the 2011 title to the Dallas Mavericks in six games.

“They just came up against a team and it was their turn,” he said. “Dirk played unbelievable. They played together. I just think it was their turn. “Michael Jordan told me a long time ago that before you succeed you must first learn to fail. This was the Big Three’s first time together and they made it very far and they are going to be together for a long time. “I’m guaranteeing they will get back.”

Lest you think O’Neal is going to be a homer for his old club, BusinessInsider.com points outthat he also came to the defense of those who criticized LeBron James this season, painting all the hatred as a rite of passage for top-level stars and saying the criticism James absorbed was understandable.

“I would not characterize it as unfair because, like I said, it happened to everyone,” he said. “It happened to [Michael] Jordan when he went to Atlantic City to get away from the game. It happened to Barkley. It happened to [Dennis] Rodman. It happened to Magic [Johnson]. It happens to everybody. If it just started this year I would call it unfair, but I’ve been in the game for 20 years and I’ve seen similar stories.”

O’Neal will be teaming with former players Kenny Smith and Charles Barkley in his new role. All three have silly sides to their personalities, which could get overwhelming at times. But “Serious Shaq” is not someone we are exposed to all that often, and his experience as a top-flight player, entertainer and celebrity will be invaluable for the casual fan. While Barkley has always kept it completely real, he never won a title and more time has passed since he left the league. In Shaq, the NBA viewer will have a thoroughly modern mega-star who has lived through everything — the good, bad and ugly — that the 21st century athlete/global icons deal with on a daily basis. His treatment of the Heat’s James and Dwyane Wade will be particularly interesting to follow because he will speak from a position of authority and experience that is totally unique in the basketball world. Part Godfather, part older brother, part clown, part mogul, part movie star. Just as Shaq was born to dominate on the basketball court, he was born to commentate off of it.